Pelosi: ‘We Have to Have a Secure Border’; ‘Protecting Our Border Is Our Responsibility’ 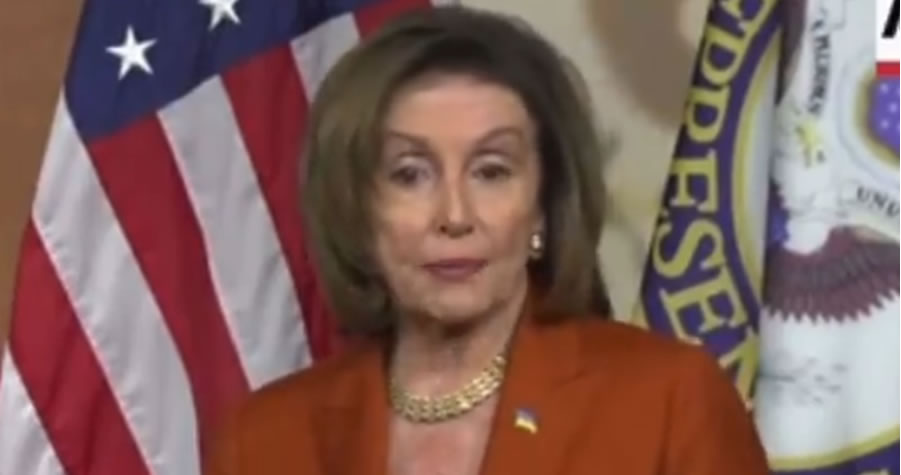 At her news conference on Friday, House Speaker Nancy Pelosi (D-Calif.) was asked why she won’t allow Democrats to speak out about the border crisis. “And do you believe the border is secure?” the reporter asked.

Pelosi did not like the question, and she made her displeasure known, as she used the opportunity to blast Donald Trump — but not by name — for his alleged “Muslim ban,” which had nothing to do with the overrun southwest border.

She also refused to answer the reporter’s first question because it was based on something House Republican Leader Kevin McCarthy had said.

“Well, I believe that we have to have a secure border,” Pelosi said. “And I think that we are trying to address — the president has a plan to address that.

“Securing our border is part of our security, to protect and defend our country. Let there be no doubt.”

“I don’t respond to those kind of questions,” Pelosi said, telling the reporter she would no answer his first question. But she did address the second question on border security:

“We have a shortage of workers in our country, and you see in Florida. Some of the farmers and the growers say, why are you shipping these immigrants up north. We need them to pick the crops down here.”

(The Immigration Reform and Control Act of 1986 makes it illegal for employers to knowingly hire or continue to employ undocumented workers.)

“But that doesn’t mean that we don’t recognize our moral responsibility as well,” Pelosi said.

Pelosi sneered that the former president — calling him “the occasional occupant of the White House who preceded President Biden.”

“When he had the ban on Muslims, everybody came forward” (in opposition), she said.

Then Pelosi talked about the U.S. refugee resettlement program, which is not the same as the illegal immigration crisis at the southwest border.

“We have a responsibility to accept some of these people,” Pelosi said. “But we have to know that they qualify for that. And what the administration is doing is increasing how we make sure that people come into our country in a timely fashion — are either here to stay or not.

“But protecting our border is our responsibility, we all know that, and that is something we will work on. And again, my suggestion has always been to have the adjudication of some of this at the Guatemalan border, before people pay coyotes billions of dollars to risk their lives coming across Mexico and maybe are turned away at the border.”