Gingrich: Biden Committing Greatest-Ever ‘Act of Aggression by an American President against His Own People’ 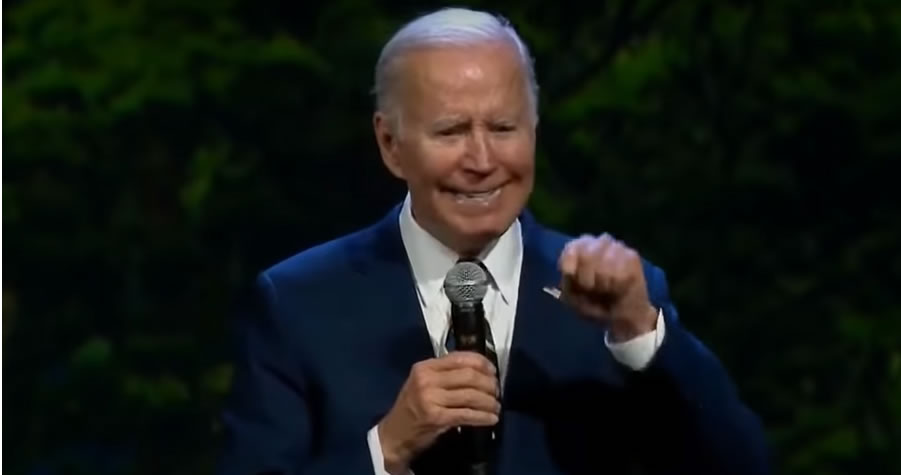 “To have a president of the United States characterize half of his country in the way that Joe Biden does is the greatest act of aggression by an American president against his own people that we have ever seen. It’s truly an astonishing moment. It doesn’t fit any of our prior history,” Gingrich said.

“And I keep telling my friends, do not assume anything based on past precedent, because you’re now dealing with people who are terrified.

“I mean, if you’re the senior FBI or you’re the White House and you’re looking at the potential of a Republican-controlled House and Senate, and you realize all of your emails, all of your meetings, everything that you’ve been doing could suddenly become public and your entire career could be destroyed and you might end up in jail — I mean, you’re going to do everything you can to try to guarantee that the Republicans can’t win this fall, because you’re terrified of what a Republican Congress would be like.”

Republican congressional leaders, including House Minority Leader Kevin McCarthy, have promised to hold hearings on the Hunter Biden-Joe Biden influence-peddling allegations, among other investigations, if Republicans take back the House in November.

McCarthy has also told Attorney General Merrick Garland to “preserve your documents and clear your calendar,” in preparation for an anticipated Republican probe of what McCarthy called the politically weaponized Justice Department and FBI.

Gingrich said the Biden-Garland Justice Department is the “most corrupt” in all of American history:

“You have corruption from the attorney general to the head of the FBI to senior elements of the FBI. You have collusion from a wide range of the intelligence community. You had, I think it was 50-some intelligence senior officials who signed a letter last year that we now know was a total lie, none of whom have recanted.

“I fully expect the Justice Department to indict President Trump in a D.C. court, a district where he got 5.6 percent of the vote. So by 19-1, the jury is likely to be against him. I think this is an all-out effort.

“I just heard Zuckerberg, the founder of Facebook, say that the FBI asked him to suppress the Hunter Biden laptop (story) for the three or four weeks before the election in 2020. At a time, by the way, when some 80 percent of Americans say if they had known how corrupt Hunter Biden, and through him his father, were, they probably would have voted against Joe Biden.

“So, I have no idea what’s going to happen next. I’m a historian by training, and I tell everybody, you have to assume that nothing you know tells you anything about how corrupt and how sick this is going to get.

“Because you have fanatics who represent a secular religion who are determined to destroy not just Trump but Trump’s fo followers. And They could do almost anything. We have no way of knowing what the next six months or two years are going to carry.”

In his August 26 speech in Rockville, Maryland, Biden closed with this attack on millions of Americans:

“We’re at a serious moment in our nation’s history.  The MAGA Republicans don’t just threaten our personal rights and economic security, they’re a threat to our very democracy.  They refuse to accept the will of the people. They embrace — embrace — political violence. They don’t believe in democracy.

“This is why, in this moment, those of you who love this country — Democrats, independents, mainstream Republicans –- we must be stronger, more determined, and more committed to saving America than the MAGA Republicans are to destroying America,” Biden said.