Executives at Top Corporations Push Back against Poisonous ESG 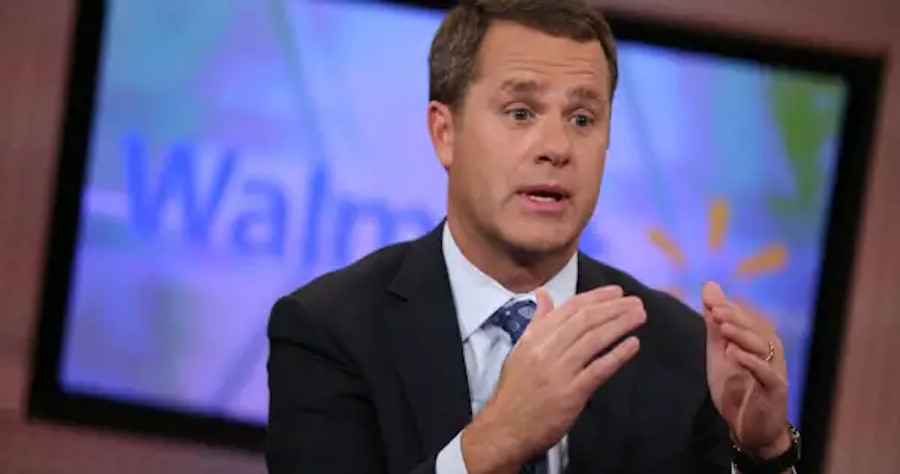 In public, U.S. corporations say the right things about environment, social and governance factors as part of their mindset. But how do executives really feel about the push to make ESG a core component of management philosophy?

Inside the C-suite, there is concern about the value of ESG metrics, while there is also support for recent political pushback against ESG by Republican leaders at the state level including Florida Governor Ron DeSantis and Texas Governor Greg Abbott.

That’s according to results from a new CNBC survey of chief financial officers at top companies in the U.S. which shows executive frustration with both regulators and asset managers when it comes to current ESG momentum.

CFOs are always worried about over-regulation. In the quarterly survey, over-regulation is often cited by CFOs among prominent external risk factors, including the new latest results. The most direct way in which ESG regulation is set to affect companies is through Securities and Exchange Commission rulemaking, including the climate disclosure proposal currently moving closer to implementation. Only 25% of CFOs surveyed by CNBC support the SEC’s climate disclosure proposal, according to the survey. More than half (55%) of CFOs are opposed to the SEC climate rule, and 35% say they “strongly oppose” it.

The CNBC CFO Council Survey was conducted from Sept. 12-Sept. 27 with responses from 21 CFOs. The council includes CFOs from many Fortune 500 companies (44%), and half of those are Fortune 100 companies.

In recent conversations with CFOs on the council, there is evidence of a split between technology firms that see opportunity to help firms across sectors of the economy with the data requirements of ESG disclosures, and a broader set of CFOs struggling to understand how the costs their companies will incur in making new disclosures will generate a return on investment — and how the disclosures will both be used by investors in stock selection and generate value for investors.

A critical issue for CFOs with the new SEC climate disclosure is the lack of a clear correlation between the climate data and financial statements. The closest reporting analog CFOs have to this new approach is non-GAAP metrics that within industries have become accepted in the dialogue between Wall Street and management (if not always by the SEC). But non-GAAP metrics within an industry are different from a blanket assertion across industries like greenhouse gas emissions.

“Proponents are saying we need to do something here because there are costs that are coming to companies in the economy if we don’t understand carbon transition better. Then the next question is ‘how do we understand it better?’ … The SEC is speculating that general GHG disclosure will facilitate that understanding. Requiring information with the expectation or hope that it will be meaningful to investors is an uncommon approach to disclosure mandates,” said Jay Clayton, former SEC chairman and a senior policy advisor at Sullivan & Cromwell.

The first task for CFOs on climate disclosure, Clayton says, is to be candid with investors and stakeholders about this disconnect. “Don’t be aspirational. Don’t say it is more than it is, or less than it is. … Here are the numbers and we’re trying to figure out how to use them,” he said.

For some within the investment community, it’s already too late for companies to argue over the materiality of climate disclosure or broader value of ESG. Eileen Murray, former co-CEO of Bridgewater Associates, the world’s largest hedge fund, and who now serves on the boards at Guardian Life, Broadridge Financial Solutions and HSBC, says cost should not be viewed as an impediment.

“If a company has to do disclosures, and it has some executives who are ‘not into ESG,’ it should be thinking about the cost of not becoming more concerned and focused on it as a company,” Murray said.

Her experience leading an investment management firm during a regulatory battle over credit exposure disclosures leads her to be skeptical of the view that the new disclosure is too costly or complex. “I could tell you years ago, ‘Here is my credit exposure today,’ and if I didn’t have the policies and procedures and people to manage it as well, if not better than my competition over time, I would be in a bad place. And I’m saying the same thing about ESG,” Murray said.

To critics like Clayton, the issue is that the disclosure may not be the most useful data to provide to investors on climate risk. Property and casualty companies are an example he cites where direct greenhouse gas emissions are less relevant to climate risk disclosure than, for example, a company analysis of global greenhouse gas emissions, as well as temperature and sea level rise, in the decades ahead.

“They will have to do the work and produce the numbers. … But there is a better place to have a dialogue,” Clayton said. ”‘Here is how we model sea level rise and what it means for our book.’ That’s much more relevant,” he said.

For many companies that will have to comply with the new disclosure requirements, he says it may be better for their investors and stakeholders if they go further and outline the most relevant climate factors for their business — which may not be their own emissions.

ESG investors are feeling the heat. Impactive Capital co-founder and managing partner Lauren Taylor Wolfe said at Wednesday’s CNBC’s Delivering Alpha conference that it all comes back to financial performance. “We believe that ESG without returns is simply not sustainable,” she said. “We are exclusively focused on risk-adjusted returns,” she added.

“We are not blanket defenders of ESG,” said Martin Whittaker, founding CEO of ESG research nonprofit Just Capital, which releases an influential ranking of top companies on ESG annually. And he said the view being expressed by CFOs is probably replicated across many companies. “It’s that ESG ratings drive companies crazy. … They’re not transparent, they are total black boxes,” Whittaker said.

ESG rating firms have recently been called to Capitol Hill to explain their methodologies.

“We don’t know who is using them, and there are no standard metrics and no validation of the underlying data, so the ESG community itself has created a lot of its own problems,” Whittaker said. “But I do think investors, including pension funds and asset managers, who see the risks and opportunities, and investment relevance through an ESG lens … that’s real, that needs to be properly analyzed.”

Just Capital is watching what’s happening and being in support of the world of capital and business “as a force for good” requires more and better data being brought into the market. “We are here to try and create real outcomes,” he said. “And that has a self interest for business too.”

The asset manager most closely associated with ESG, BlackRock (also the world’s largest money manager) has taken steps to moderate its position as it becomes the public face of political pushback. While its CEO Larry Fink has rejected assertions that ESG is “woke capitalism,” in his most recent annual letter to shareholders he did irk some climate investors by stating that, “Divesting from entire sectors — or simply passing carbon-intensive assets from public markets to private markets — will not get the world to net zero. And BlackRock does not pursue divestment from oil and gas companies as a policy.”

But more state leaders are pushing their own form of divestment from firms including BlackRock that are viewed as investing state assets based on ESG factors with which these politicians disagree. In states including Texas, West Virginia, and Florida, asset managers seen as ESG-friendly are being barred from managing state funds and bidding on new state business contracts.

Ken Griffin, founder and CEO of hedge fund giant Citadel, and a prominent backer in the markets of Florida Governor Ron DeSantis, drew something of a line at Florida’s battle with Disney over gender and sexual identity politics — DeSantis moved to revoke Disney’s special tax status after its CEO Bob Chapek, under pressure from his own employees, came out against a Florida law banning the instruction of sexual identity in schools to young children.

“That’s a complicated fight with Disney,” Griffin told CNBC’s Scott Wapner at Delivering Alpha on Wednesday. “First of all, I think Disney put themselves in a position to be punched back. I think the Governor of Florida is completely appropriate in punching back in words,” he said. But Griffin added, “I always get anxious when government does things that look retaliatory. So when the State of Florida revoked Disney’s special tax status, that to me could be interpreted as retaliation. And I think it’s incredibly important that the U.S. government, at the state level and federal level, stays above anything that looks like politically-based retaliation at all times.”

CFOs, though, were more broadly in favor of the ESG pushback from states, according to the CNBC survey, with 45% of CFOs saying they supported the moves by states to ban investment managers that use ESG factors from state pension fund business. While 30% of CFOs said they were neutral on the issue, only 25% of CFOs said they opposed the state moves, and only 5% expressed “strong” opposition.

“I think the criticism is deserved,” Wolfe said at Delivering Alpha. “When you have so much capital flowing into one space without, you know, in some ways, almost a wild wild west of things. We have trillions of dollars of capital that were allocated over the past couple of years to quote, unquote ESG strategies. … you’re narrowing your universe of investment opportunities, which makes you narrow your return opportunities,” Wolfe said. But she rejected the idea it will be “concessionary” when it comes to investment returns and achieving improved ESG performance.

“When the pendulum swings any one way … It’s going to swing back and there’s going to be criticism. And so I think right now we’re just weeding out between some of the more … some of the less attractive strategies,” Wolfe said.

The SEC has been scrutinizing ESG funds more closely, too.

Another reason why CFOs at publicly traded companies may support pushback against the asset management community and firms like BlackRock has less to do with fund performance than proxy battles. As the large index fund managers have come to dominate investment flows and represent as much as one-third of the shareholder base of companies, they have been increasingly using that power to influence the outcome of shareholder votes on ESG issues, and on climate most prominently. That’s caught BlackRock’s attention too, as it has faced more scrutiny from regulators and Capitol Hill. It is now taking steps to limit its own influence in proxy votes through a process called pass-through voting, giving shares it controls back to underlying clients to vote on their own.

Murray, who has many conversations with CFOs and other executives about ESG implementation, is concerned about the direction in which the discussion has moved. “It should be about progress, not about having a victory, and on the topic of ESG, it’s become very polarized,” she said. “Really smart people are spending time on how to polarize it. Let’s spend time on solutions,” she added.