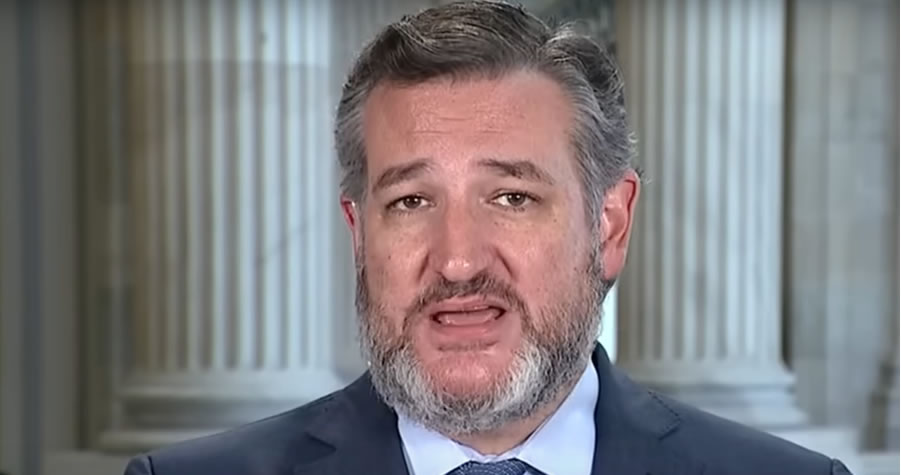 Conservative members of the Senate Judiciary Committee disapprove of Sen. Ted Cruz (R-TX) caving to the left in supporting the Journalism Competition and Preservation Act (JCPA) with the addition of his amendment, which ironically does nothing to guarantee protections against censorship of conservative platforms. Rather, it continues in facilitating it.

The JCPA would essentially allow media organizations to form cartels to negotiate with Big Tech companies. While Cruz initially put up a fight, delaying the measure, he ultimately caved to Sen. Amy Klobuchar (D-MN), the lead sponsor of the bill.

Inexplicably, conservative icon Cruz caved to Klobuchar in order to secure a back-room deal to facilitate the JCPA’s passage through committee without having solved any of the core structural censorship (or other) concerns with the bill. The deal is the type of D.C. swamp creature maneuvering that Cruz has berated Republicans for since joining the Senate.

In the process, Klobuchar revealed the JCPA was never about rescuing mythical small-town newspapers: it’s about cementing the power and influence of established media companies, while crushing their independent competitors on social media.

Sen. Mike Lee (R-UT), a critic of the measure, spoke during Thursday’s committee meeting, expressing confusion over support for the amendment.

“I confess that I am a little bit confused by the sponsor’s support for the amendment, as it seems to potentially undermine the stated purpose of the legislation itself,” Lee said:

The new language prohibits and denies antitrust immunity to platforms and publishers from discussing or agreeing on how a platform quote ‘displays ranks, distributes, suppresses, promotes, throttles, labels, filters, or curates the content of the eligible digital journalism providers.’ …  The parties are now restricted from discussing, from agreeing on, from otherwise colluding, with regard to quote ‘pricing terms and conditions under which the covered platform may access the content of the eligible digital journalism providers.’ So under the terms of the bill, now, with the text of this amendment in place, the only thing it seems to do is to force the platforms to pay the fair market value. Specifically for the right to acquire, crawl, or index, the publishers’ content. Now let that sink in for a minute. But currently, they can do that for free under the fair use doctrine of our intellectual property laws. They can already do that, and they can do that for free. … So what exactly are they paying the publishers for? … This seems to me to contradict if not completely undermine the non-retaliation provision that prohibits the platforms from deindexing a publisher in response to the formation of a cartel, the very type of cartel that is specifically and, in my view, troublingly authorized by this bill.

Lee ultimately applauded the stated efforts of the amendment, but he made it clear, “I don’t think the amendment does what the sponsors think it does.”

“And I think it might well undermine the whole thing, but all of this comes on top of my broader grave concerns that are as strong today as they were a few weeks ago when we first marked this bill up,” he said, ultimately concluding that it is “still a bad bill.”

Sen. Tom Cotton (R-AR) has also stood as a fierce opponent of the bill, warning that a cartel “will lead to more censorship.” On Thursday afternoon, he shared a clip of Lee’s remarks, pointing to that fact. “.@SenMikeLee is right. By giving a special antitrust exemption to the media, this bill creates a cartel that would be dependent on Big Tech and likely to censor conservatives,” he warned:

By giving a special antitrust exemption to the media, this bill creates a cartel that would be dependent on Big Tech and likely to censor conservatives. https://t.co/ppljKovZ12

While the committee adopted the bill and approved the amendment, Sen. Josh Hawley (R-MO) and Sen. Marsha Blackburn (R-TN) were adamantly opposed.

Cruz’s amendment essentially makes him a facilitator of what he claims to oppose. While media cartels will not be able to exclude a digital journalism provider based on “views expressed by its content,” they will be able to exercise their routine methods already used to censor conservatives, citing “misinformation,” “extremism,” or “hate speech.”